What is Video for Change? 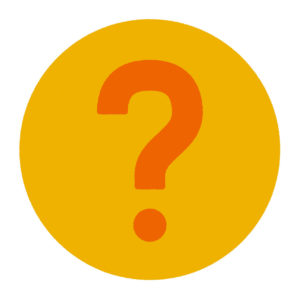 Video for Change refers to “the use of video as an approach to support social movements, document rights violations, raise awareness and share new knowledge on social or environmental issues, or to otherwise contribute to social change”.

The term is an umbrella for a diverse range of video-making styles and approaches that you will find documented in the Toolkit. Those individuals or organisations who adopt the Video for Change framework are called Video for Change practitioners.

Activities within the Video for Change framework can include research and planning, capacity building, filming and production, outreach, distribution and engagement, and evaluation.

When designing for and assessing impact, Video for Change considers the entire initiative — not only the video, distribution, outreach or engagement but the totality of the process.

Video for Change also focuses on the engagement of and participation by affected communities,. These groups are portrayed by and at the core of a change initiative.

Participation is an ethical principle that brings the subjects of the video and the affected communities into decision-making processes. This enables these people to participate in every stage of the process, should they choose to, including research and planning, capacity building, production, distribution, outreach and engagement, and evaluation.

The emphasis on engagement, participation and co-creation differentiate Video for Change from traditional journalism or feature documentary approaches.

Background and Benefits of Video for Change

This participatory approach to video-making emerged from a liberationist ethos that was developed in the 1960s to empower people who have been traditionally marginalised in society.

The focus on participatory practices in media-making emerged from anti-colonial movements, and particularly relates to the thinking of Brazilian educational theorist Paulo Freire (1921-1997) in the 1960s. Freire worked to educate poor landless farmers in Brazil, enabling them to demand release from their oppressive conditions, and to decide and determine their own aspirations and needs.

Video is a particularly powerful medium for social change for these reasons:

Using video as a tool for social change allows for discussion on under-represented issues. As Video Volunteers Director Jessica Mayberry says, video is “a way to see a more equitable society because policymakers will have access to the needs and knowledge of communities”.

Used this way, video can serve to represent groups who might otherwise be unheard by politicians, policymakers, and decision-makers.

Similarly, InsightShare’s definition of Video for Change focuses on collective and community empowerment. Their Participatory Video approach sees the process of video production as a way a community can define the goals and indicators of its self-empowerment.

For InsightShare, the outcome of the production process is more than just the ‘product’ i.e. the videos. Rather, the desired outcome is to open spaces for communities to talk about issues and work collectively to address them.

Are Video for Change and Participatory Video the Same Thing?

Participatory Video is one Video for Change approach. They overlap, but there are some key differences: