While Video for Change practitioners can use varied approaches and techniques to create impact, two practices are common:

Video for Change consider issues of power, participation and inclusion, accountability, and safety and security in designing for and assessing the impact of a video initiative. These considerations form a key pillar of this toolkit and can be explored further in Values and Methods. 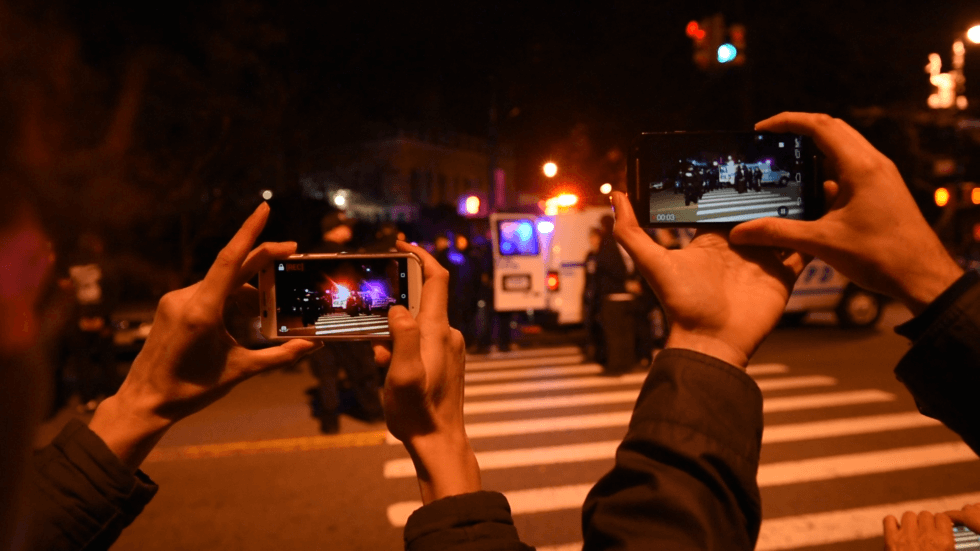 Below you will find an overview of the different Video for Change approaches we have identified. Although each approach is categorized separately, we recognize that in reality there is overlap between them. Initiatives often use multiple approaches at the same time.

Video for Change Approaches and their Historical Contexts

Participatory, grassroots and community-based video initiatives have been proliferating for decades. Many associations, labour unions, community and citizens’ groups and non-government organisations (NGOs) have used video to challenge dominant media discourses with initiatives that came from and addressed specific topics of a community, such as gender rights, public health, displacement, education, etc. This Video for Change approach puts cameras in the hands of people who are impacted by an issue so that their voices, stories and perspectives can be heard.

Scottish filmmaker John Grierson is thought to have first coined the term ‘documentary’ when reviewing a nonfiction film in 1926. He believed documentary film was the next great medium of information dissemination and was best used as a tool to make ordinary citizens aware and engaged with social issues as a  catalyst for social change. Since then, the lowered costs of film-making has meant that social documentaries have covered just about every social issue imaginable; some of these documentaries have changed the way we perceive, understand and respond to the world around us.

By the time the term ‘video advocacy’ was being used in the 1980s, access to cameras had become far cheaper, more portable and therefore more accessible. Video Advocacy emphasises the use of video to speak to and influence power. Very often the goal is to advance policy or political change.

‘Communication for Development’ and ‘Communication for Change’ have been used by a number of international organisations and UN agencies since the 1960s. They have become more prevalent in the decades that have followed. These terms usually refer to a practice whereby local communities are supported to inform and critique development discourse and processes.

The increasing accessibility of the internet, mobile phones with good quality recording devices, and cheap video recording devices has led to a dramatic shift in both the production and distribution of video by everyday citizens. The term ‘citizen journalism’ usually suggests the adoption of basic journalistic standards in a non-professional context, often supporting local citizens to create and comment on local news and current affairs. As this approach often engages people who are new to media, a particular emphasis on ethics is often required.

The widespread use of the term ‘citizen witness’ emerged after major political/social events such as the Twin Tower terrorist attacks of 2001 in New York, the Burmese people’s uprising (Saffron Revolution) in 2007 and the ‘January 25 Revolution’ unfolding on Cairo’s Tahrir square in 2011. In each case, citizens’ still and video images became the most viewed and emblematic depictions of these major events. Today, witnessing video is regularly incorporated into mainstream and alternative news sites and is very often first picked up from social media. The term is also used by NGOs and rights-based groups as a form of evidence collection.

Digital storytelling pioneer, Joe Lambert, describes this approach to video-making as being about “capturing lives, creating community”. Since 2003, digital storytelling projects have flourished around the world. Very often they share a short-video format (2-5 minute) with structured training used to enable non-professional, everyday storytellers to create their own personal ‘mini-movie’.

Increased access to the internet, broadband and video-editing software, as well as digital literacy have changed the way people engage with video content online. Current evidence suggests the remixing and curating of video content ‘found’ online is growing more popular in some countries, particularly among young people. Some social change remixes have quickly reached millions of people.

This is a type of digital video that supports user interaction with the content through clickable spots on the video file, which allow you to perform an action.

While not technically ‘video’ (which is two-dimensional and viewed passively from the ‘outside’), it is important for video-makers to understand the possibilities of immersive media, because these types of media have been gaining ground in the realm of social change storytelling for the past decade. Immersive media creates the illusion of being immersed in a physical world through simulation.

There are many types of Immersive media, though currently the most commonly used in social change initiatives are created through virtual reality (VR) and augmented reality (AR).

Video archiving has a long history in the context of national sound and video archives or community-based library collections. These collections have at times supported specific social change-focused collections. Archiving and curation is growing as the level of video content and access to content increases and as online video-hosting capacities increase. For example, many collections can be found on large video-sharing sites like YouTube through channels or the strategic use of tagging. Other initiatives create their own websites to host these archives collections.

For additional resources on video archiving, check https://archiving.witness.org , and Uwazi – HURIDOCS (for software).

The practice of retelling and recording oral history is as old as humanity. Digital tools that support oral history to be recorded, found and categorised have been growing since the proliferation of cheaper video technologies and the development of the internet.